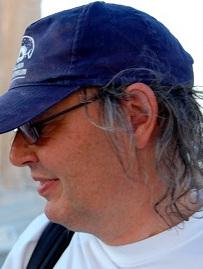 As part of my work with the Faulkes Telescope Project, I will present examples of work done with students in various fields of astronomy research. Examples include studies of black hole X-ray binaries, open clusters, supernovae and exoplanets. In many cases, students follow the entire scientific process from target selection to observation to analysis and conclusions/reflection.
While allowing students to learn, and be inspired by, astronomy, they are also able to practice implement transferable skills though the medium of astronomy. These skills are particularly prevalent in the fields of IT and maths.

Fraser is the Director of Research for the Faulkes Telescope Project which is based in Cardiff, Wales. His remit here is to work with teachers and students in research type projects using data from research-grade robotic telescopes. Fraser is also Operations Officer for the National Schools' Observatory; the outreach and education arm of the Liverpool Telescope. He has produced several IBSE (Inquiry Based Science Education) type resources around topics in astronomy such as open clusters, exoplanets and supernovae.