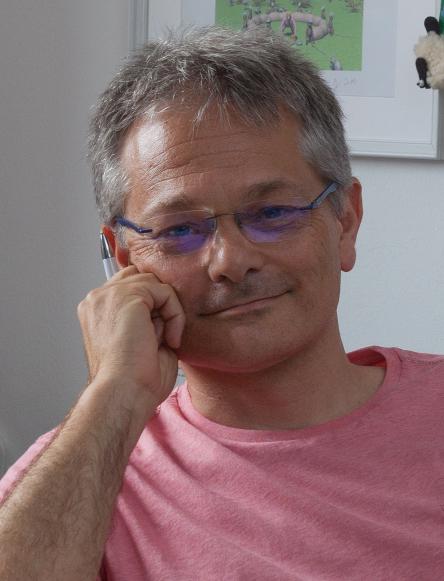 Studied physics at University of Pisa, got a PhD at Uni Bologna and a Master in science communication at Sissa, Trieste. Since 1999, he works at Osservatorio Astronomico di Brera, Milano, now part of the National Institute for Astrophysics (INAF). He worked as a scientific journalist for the European Space Agency (1999-2015). He was head of the INAF Outreach and Education Office (2008-10; 2016-20) and of the Italian Astronomical Olympiad Organizing Committee (2009-15).

As a writer, he published several books for kids and the general public. In 2010 he won an Italian Andersen Prize (Feltrinelli Kids, best series). In 2017 he won the “G. Dosi” Prize with Nello spazio con Samantha, written with the ESA astronaut Samantha Cristoforetti.

For the International Astronomical Union (IAU) he is Italy NAEC since 2020 and Italy NOC since 2016 (vice-NOC from 2021).
Director of the IAU Office of Astronomy for Education Italy Center since 2020, he loves cronopios and all those people who cough, stumble and regularly lose their bus.