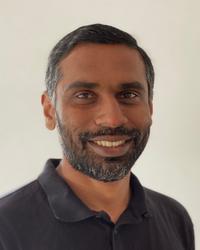 Since its establishment in 2011 the OAD has coordinated 160 projects targeting over 100 countries, with 11 regional offices and language centres forming part of global management structure. Flagship projects include (i) Stimulating economies with astronomy e.g. astro-tourism; (ii) Science diplomacy e.g. astronomy for peace; (iii) Knowledge and skills from astronomy e.g. data science training. This talk describes how we are working towards the OAD vision of “Astronomy for a better world".

Kevin Govender is a physicist by training and founding Director of the Office of Astronomy for Development. He was previously Manager of the Southern African Large Telescope’s Collateral Benefits Programme at the South African Astronomical Observatory, and Fast Neutron Scientist at Necsa. He was awarded the Edinburgh Medal in 2016, jointly with the International Astronomical Union, for his current work, "which integrates the pursuit of scientific knowledge with social development for and with those most in need".

Watch a recording of this talk (external link)