Description: Moons are celestial bodies that orbit planets, dwarf planets or smaller objects such as asteroids. The Earth has one moon, called the Moon. Most other Solar System planets have moons, although Mercury and Venus do not. The dwarf planet Pluto has several moons as do a small number of other dwarf planets and asteroids. Moons are natural satellites, artificial satellites such as those used for communication or scientific purposes are not moons. Many moons formed in orbit around the planet, dwarf planet or other body that they orbit. It is though that the Moon formed orbiting the Earth. Many other (mostly smaller) moons are asteroids which were captured by the gravity of the object they orbit. 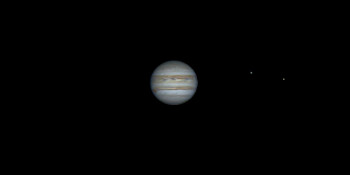 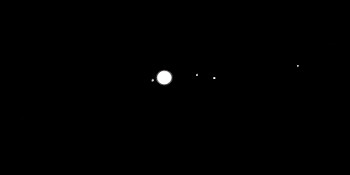 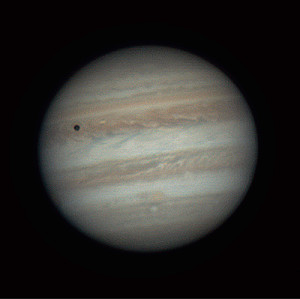 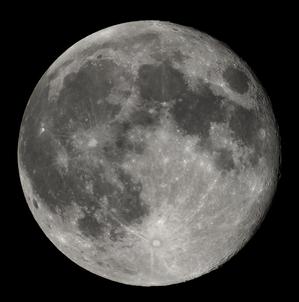 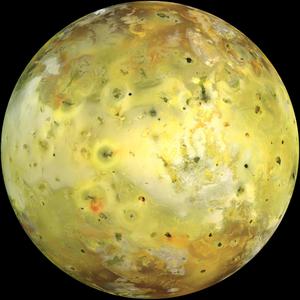 Caption: NASA's Galileo spacecraft acquired its highest resolution images of Jupiter's moon Io on 3 July 1999. Io is one of the four Jovian moons discovered by Galileo Galilei in 1610. Io's colours are witness to its extensive volcanic activity as they stem from sulphuric compounds. Tidal forces from Jupiter and the neighbouring moons are the cause for Io's volcanism.
Credit: NASA/JPL/University of Arizona credit link
License: PD Public Domain icons 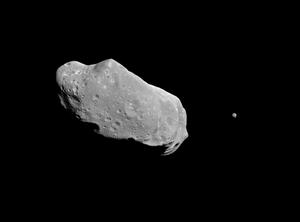 Caption: This picture of the asteroid Ida with its satellite Dactyl was taken by the Galileo space probe in August 1993 from a range of 10,870 kilometers (6,755 miles). Ida is a heavily cratered, irregularly shaped asteroid in the main asteroid belt between Mars and Jupiter. This image is proof that asteroids like the 56 km large Ida can possess their own moons.
Credit: NASA/JPL credit link
License: PD Public Domain icons 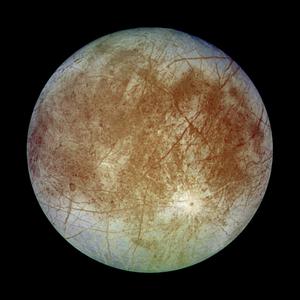 Caption: This image taken by NASA's Galileo space probe in September 1996 shows Jupiter's ice-covered satellite, Europa, in approximate natural color. Long, dark lines are fractures in the crust, some of which are more than 3,000 kilometers (1,850 miles) long. The bright feature containing a central dark spot in the lower third of the image is a young impact crater some 50 kilometers (31 miles) in diameter. Europa is about 3,160 kilometers (1,950 miles) in diameter, or about the size of Earth's moon.
Credit: NASA/JPL/DLR
License: PD Public Domain icons 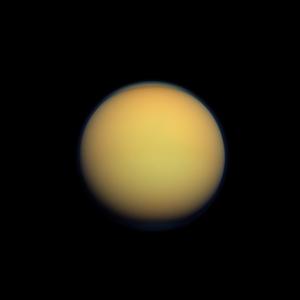 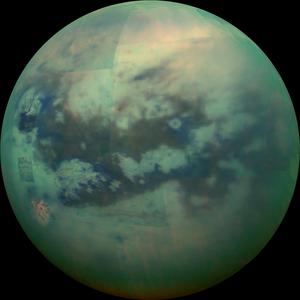 Caption: This composite image taken by NASA's Cassini spacecraft in November 2015 visualises infrared radiation from Saturn's moon Titan. Infrared light can penetrate its hazy atmosphere and reveal some of its surface features. During its decent to the surface, the piggy-backed ESA lander Huygens discovered lakes made of liquid hydrocarbons.
Credit: NASA/JPL/University of Arizona/University of Idaho credit link
License: PD Public Domain icons 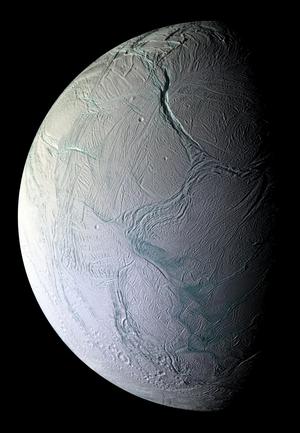 Caption: On 9 Oct. 2008, just after coming within 25 kilometers (15.6 miles) of the surface of Enceladus, NASA's Cassini probe captured this stunning mosaic of Saturn's 500 km large ice-moon. Craters and cratered terrains are rare in this view of the southern region of the moon's Saturn-facing hemisphere. Instead, the surface is replete with fractures, folds, and ridges — all hallmarks of remarkable tectonic activity for a relatively small world. In this enhanced-color view, regions that appear blue-green are thought to be coated with larger grains than those that appear white or gray. Similar to Europa, Enceladus has a subsurface ocean of liquid water spanning the entire moon. A false colour image of a partially illuminated Enceladus. The white surface is covered by numerous straight and curved crevices at random orientations
Credit: NASA/JPL/Space Science Institute credit link
License: PD Public Domain icons 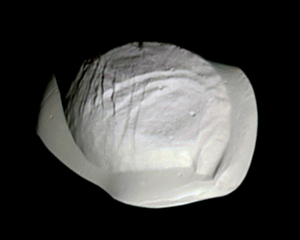